PCI DSS 1.2 represents an update to the original 12 requirements found in PCI DSS version 1.1.  The intent of the latest specification is to clarify existing requirements and provide clarification and flexibility in terms of interpretation of the standard.

Hot or Not: What You Need to Know to Keep Mac OS X Secure

When it comes to security, Apple isn’t sitting still. Amol Sarwate, guest columnist for SC Magazine’s Hot or Not column looks at some of the new features inherent in OS X 10.5 that help keep the system secure. According to Apple, these security enhancements were added to 10.5, released last fall:

Qualys Named One of America’s Fastest-Growing Private Companies by Inc. Magazine for the Second Consecutive Year

The recognition also highlights Qualys as the 25th-fastest growing security company. With 323 percent sales growth over the last three years, Qualys continues to benefit from the increased adoption of its Security-as-a-Service model by large enterprises to SMBs worldwide.

The Frost & Sullivan award honors Qualys for its exceptional long-term growth strategy and credits the Company as "a crucial force in furthering the acceptance of Software-as-a-Service (SaaS) products."

"As the market shows signs of maturity, Qualys' ability to increase market share, grow at consistently high rates and retain an astoundingly high percentage of its impressive customer base solidifies its leading role in the vulnerability management market. In a million-dollar breach reality, the reliability of QualysGuard and the appeal of its SaaS delivery model sets the company apart in a very highly-competitive market," says Chris Rodriguez, research analyst with Frost & Sullivan.

Hot or Not: Web Application Firewalls for Security and Regulatory Compliance

Microsoft released on September 9, 4 security patches to fix newly discovered flaws in Microsoft Windows. The Qualys Vulnerability R&D Lab has released the following checks for these new vulnerabilities, including: 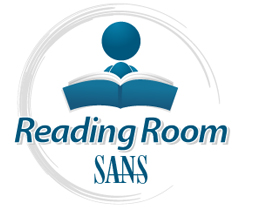 Independent author Tim Proffitt writes his thesis, as part of his GIAC certification requirements, on how large companies should implement a Vulnerability Assessment Program using QualysGuard. The white paper is hosted in the SANS Institute Reading Room, and provided by SANS as a resource to benefit the security community at large.

In this paper Tim Profitt provides a step-by-step guide for implementing a Vulnerability Assessment Program using QualysGuard, including background and recommendations on how to: 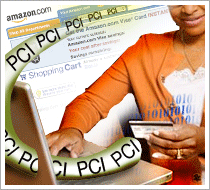 InternetNews.com reports on the PCI Security Standards Council latest version 1.2 of PCI Data Security Standards, or PCI-DSS available for merchant use beginning Oct. 1. The Council says version 1.2 will "not introduce any major new requirements" and will only "introduce clarifying items." The clarifications include:

Sumedh Thakar, PCI solutions manager at Qualys, told InternetNews.com he welcomes these changes because a vulnerability scan is more doable and less expensive than going through your source code.  Instead of having to go through possibly millions of lines of source code, companies can run a scan then focus on detected vulnerabilities in the code and remedy those. Another change that Thakar likes is the Council’s formally ruling out the use of WEP, which has, since 2001, been known to be easy to crack. "The standard has always recommended that WEP not be used, but now they’re putting in a timeline," added Sumedh.

Microsoft released on August 12, 11 security patches to fix newly discovered flaws in Microsoft Windows. The Qualys Vulnerability R&D Lab has released the following checks for these new vulnerabilities, including: