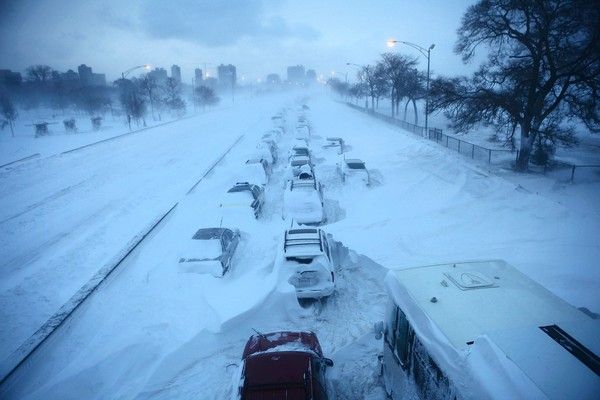 The forecast is "More snow."

Hundreds of people abandoned their cars on Chicago’s Lake Shore Drive after a storm left them stuck in more than a foot of snow.  Atlanta roads were nearly shut down and a Hawks game was canceled when snow overwhelmed the city’s eight snow plows.  Municipalities across the nation are finding their already thin finances stretched to the limit by snow removal costs.

A nearly endless blizzard overwhelming resources with no end in sight…does this remind anybody else of vulnerabilities on a corporate network?  I can envision you nodding your head in agreement, thinking of the last report with quadruple-digit vulnerability counts (even when filtered to just Severity 4 and 5).  It’s not that you’re not interested in get comprehensive scanning; it would just be nicer if you could easily focus on the most important issues.

At Qualys we’ve been looking for ways to help you filter and prioritize the vulnerabilities reported by QualysGuard into more actionable – and more concise – reporting.  Last year we introduced Exploitability Correlation to help focus on high-risk vulnerabilties, and over the past month we’ve worked closely with Trend Micro to introduce two new enhancements:  Malware Correlation and Virtual Patch Solutions. 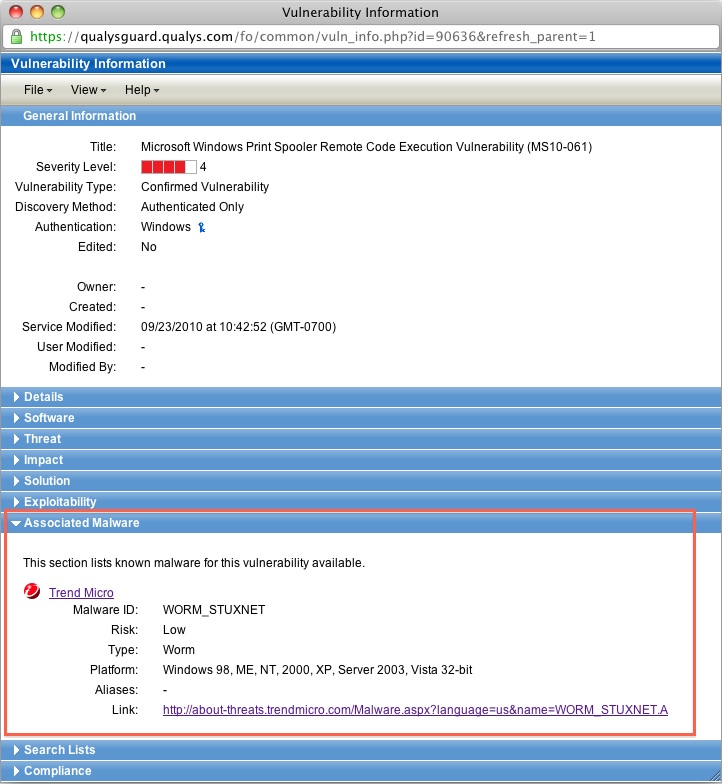 Using Search Lists that filter on QIDs with associated Malware will allow you really target the big risk items in your environment that could lead to something like a Conficker outbreak, while still having all the information on other vulnerabilities that need to be tracked and patched.

After you’ve determined the vulnerabilities that need to be fixed you now need to…well, do the fixing.  QualysGuard provides comprehensive information on patches available and workarounds that can be used, and in QualysGuard 6.17 we’ve added information on the availability of virtual patches that can also help mitigate risks in your environment.  A virtual patch is not a software patch per se, but is actually a mechanism – such as a HIPS firewall rule – that doesn’t actually patch the affected software but does still provide a mitigating control that reduces or eliminates the ability of an attacker to exploit the weakness.  We’ve leveraged the Trend Micro Threat Encyclopedia to determine which QIDs have virtual patching solutions provided by Trend Micro Deep Security and OfficeScan + IDF as shown in this screenshot: 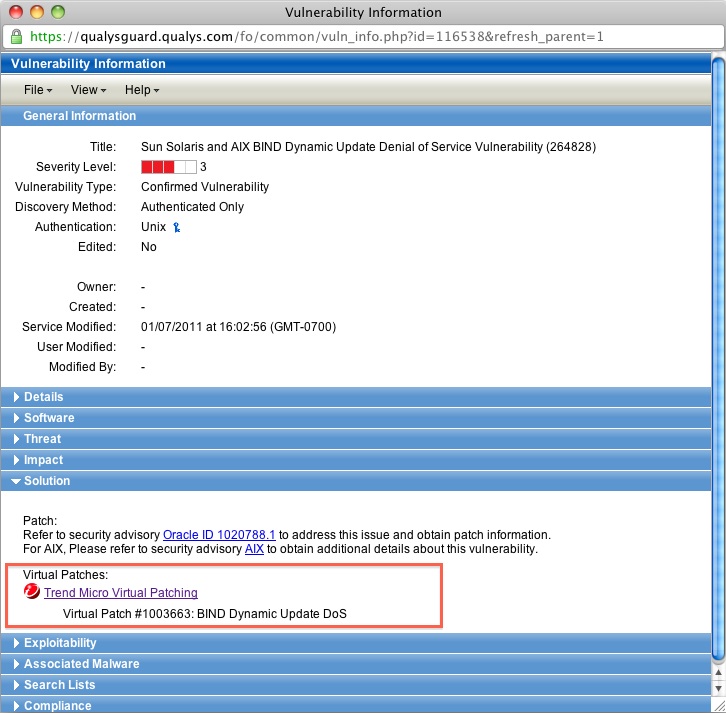 We’ve also expanded our Search Lists to support filtering on both vendor-provided patches and virtual patches: 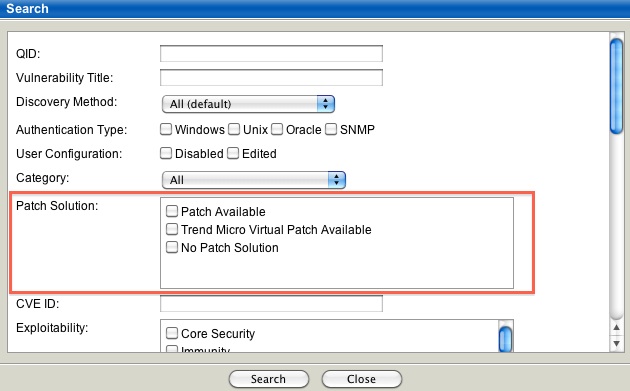 This allows you to find alternatives to applying vendor patches, especially in cases where a software patch can’t be applied (due to change control or software version dependencies) or isn’t available yet.

We’ve also tried to make it easy for you to use these new capabilities by including a few new items in our Template Library:

Please let us know how we can improve these capabilities to make them even more useful.  In the interim, we hope you find these new features helpful in weathering the blizzard of vulnerabilities you face every day!