In recent years cybercrime has gone from an array of independent hackers to a global industrialized operation that utilizes collaboration, worldwide coordination and advanced criminal techniques to evade detection. One would expect this increased organization and sophistication would improve the speed at which “hackers hack.” And you would be correct: according to a recently released report, the time between an exploit announcement and the first attack is typically just 7.5 days, down from just under 10 days in 2008.

Your organization is likely already struggling with meeting internal and regulatory requirements for patch times. In addition, vulnerabilities and their risk to the organization are increasing each day, as hackers are now able to weaponize new vulnerabilities faster than ever.

It turns out that more than 80% [1] of attacks target known vulnerabilities and that 79% [2] of vulnerabilities have fixes available on the day of disclosure. So why is it taking so long for enterprises to remediate vulnerabilties in a timely manner once they are detected?

The issue in most enterprises is that there is a gap between the team that is responsible for compliance (the IT Security team), and the team that remediates the issues that are discovered (the IT Operations team), i.e., the “SecOps Gap.” The Security and Operations teams must better collaborate to accelerate vulnerability resolution and lower the costs of audit and remediation while simultaneously increasing security.

To close the SecOps Gap, enterprises need to implement end-to-end automation of discovery, audit, remediation, and governance. This enables them to fix problems fast, reduce risk, improve enforcement, and free IT personnel to focus on achieving the strategic goals of the business.

Qualys and BMC have joined forces to close the SecOps Gap by integrating their respective technologies in the SecOps Portal.

How the SecOps Portal Integrates BMC and Qualys 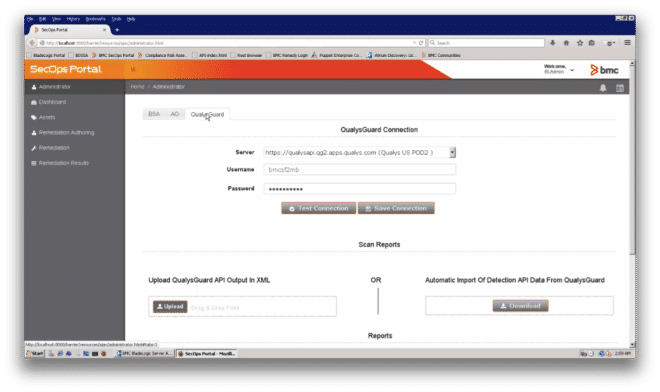 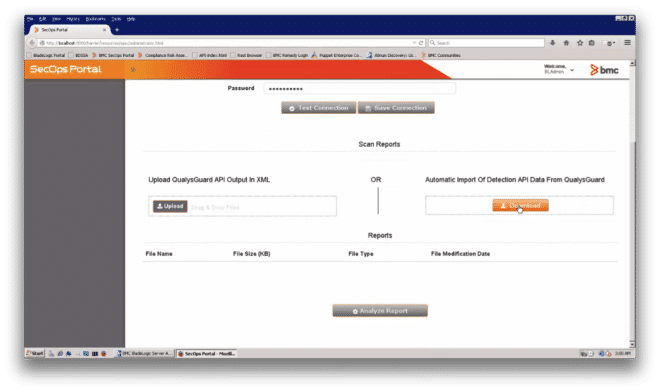 Figure 2: A user importing a Qualys vulnerability scan via the API.

The user can then view a whole variety of summary data for the imported vulnerability scan, including: 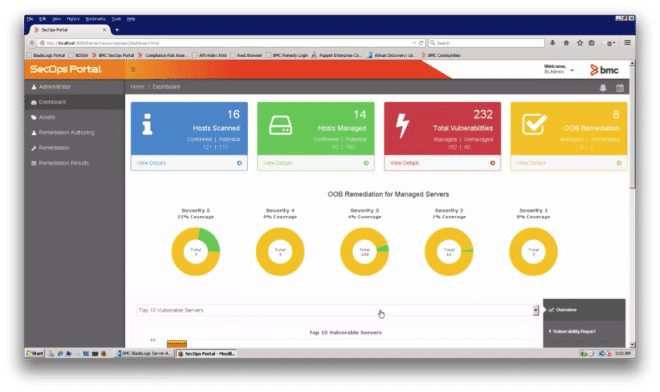 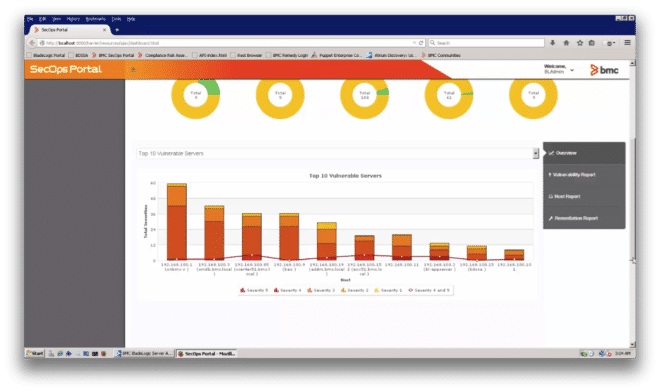 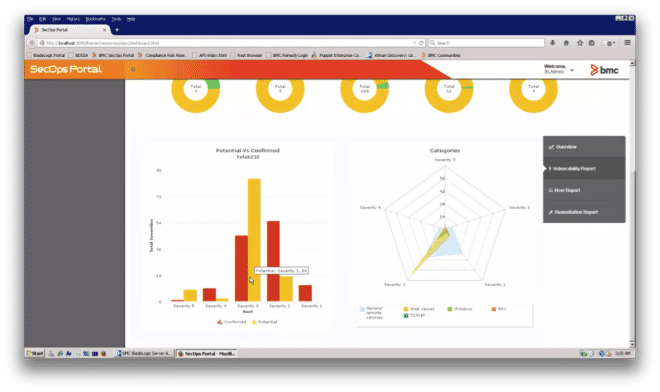 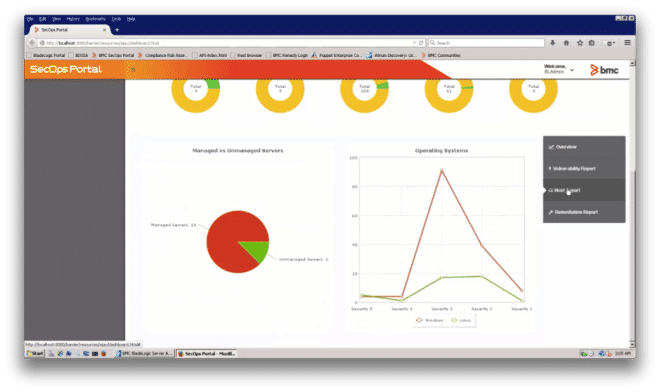 The user can also view the Assets that have been identified in BladeLogic, Qualys, or both (Figure 7). 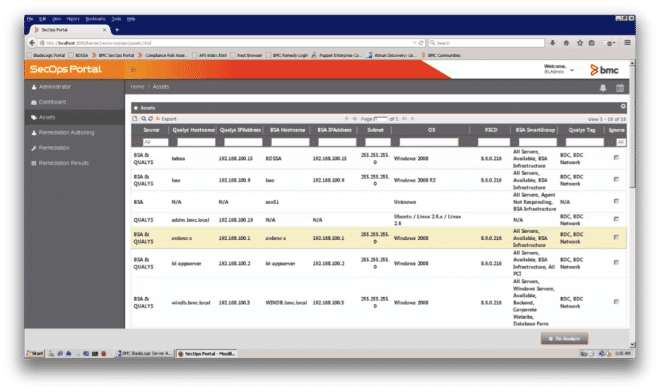 Figure 7: Assets within BladeLogic, Qualys, or both

Now the Remediation screen (Figure 8) is where the magic begins to happen. Here BladeLogic has analyzed the Qualys vulnerability information and determined what the appropriate patches/remediations are. The user has the option to view this data through a variety of filters (e.g., IPAddress, HostName, Operating System, Remediation Type, Severity, etc.). 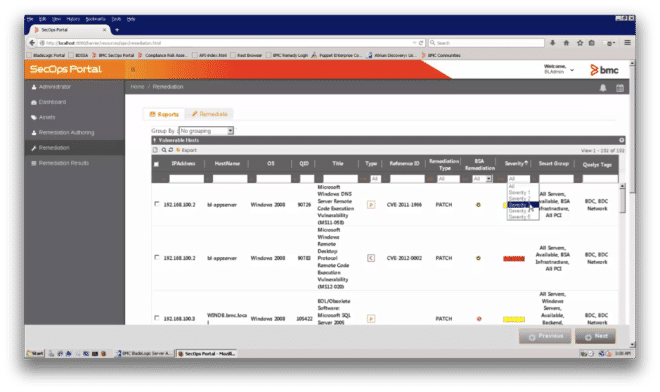 The user then may choose all the vulnerabilities that BladeLogic has determined it is able to remediate (Figure 9). 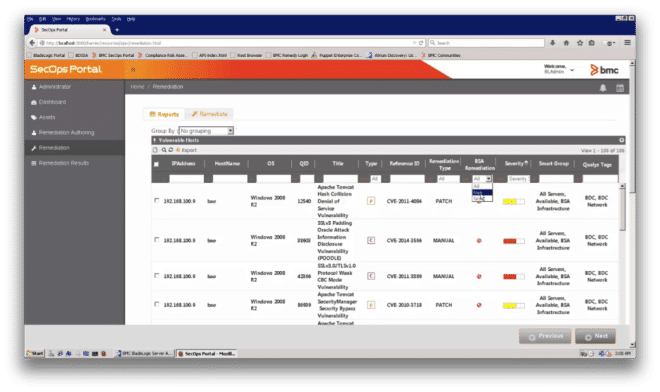 Figure 9: SecOps Portal user choosing all vulnerabilities that can be remediated by BladeLogic

This will ready a remediation job to be deployed (Figure 10). 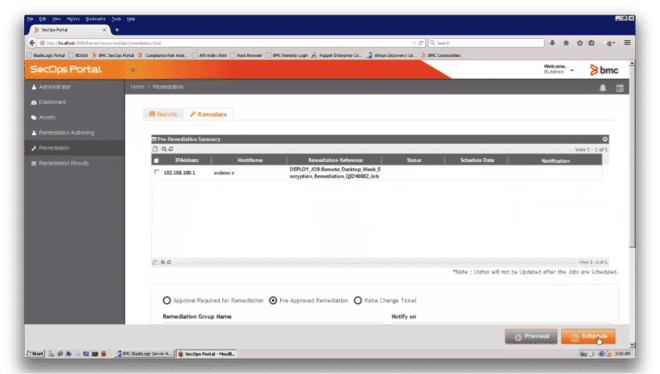 Figure 10: Remediation job about to be deployed

The job is given a group name, is scheduled, and the BladeLogic administrator is notified (Figure 11). 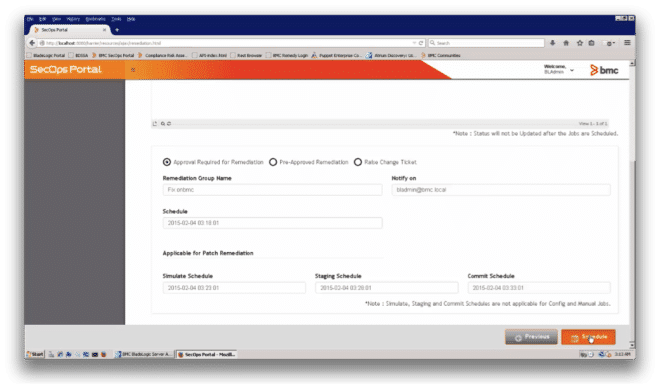 Figure 11: Assigning a group name, scheduling the job and notifying the BladeLogic administrator

This is how the request appears in Remedy AR (Figure 12). 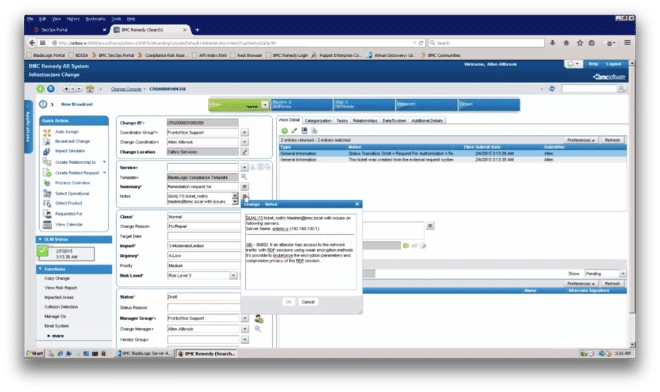 Figure 12: SecOps remediation request as it appears in Remedy AR

The Remedy AR administrator approves the request and it then appears in BladeLogic Server Automation (BSA) Console (Figure 13). 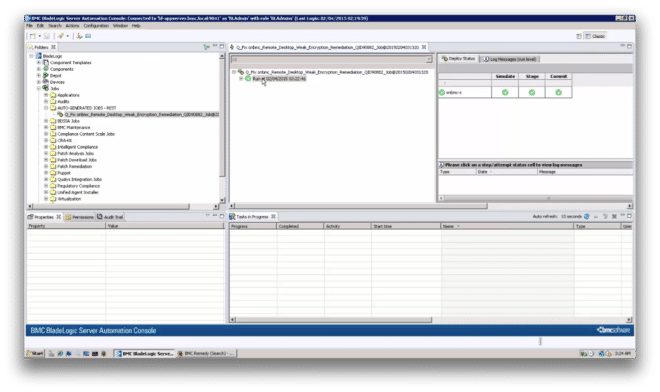 The job executes and then appears as completed in Remedy AR (Figure 14). 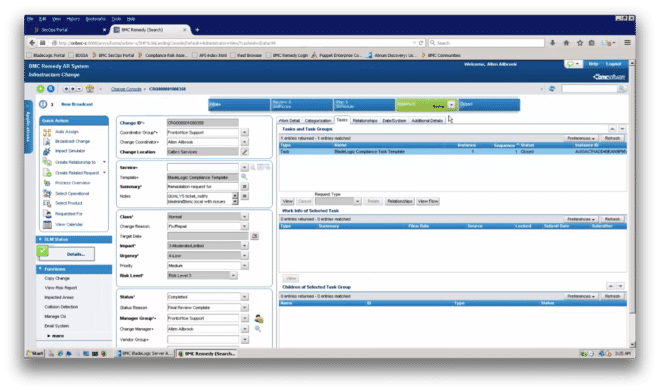 So there you have it, SecOps gap closed! The time from detecting a vulnerability to remediating it becomes nearly instantaneous. There’s no need for security or operations personnel to manually create trouble tickets, which is extremely time-consuming and highly susceptible to manual entry errors.