U.S. law has failed to protect Americans from widespread and excessive surveillance, a dire situation that requires immediate attention from citizens, lawmakers, attorneys, privacy experts and the courts.

That was the urgent warning Jennifer S. Granick, Surveillance and Cybersecurity Counsel at the American Civil Liberties Union, conveyed to attendees of the Qualys Security Conference 2017 during the event’s closing keynote speech. 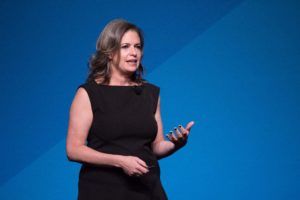 “The law, my field, has failed. It’s sitting down on the job. We’ve retreated when we should be advancing, and we have to change that,” said Granick, former Director of Civil Liberties at the Stanford Center for Internet and Society.

However, she believes that things can be improved by taking different actions, such as lobbying the U.S. Congress for surveillance reform, supporting privacy and civil liberties watchdog groups, and urging businesses to be good stewards of customer data.

“To do that, we’re going to need you, the people in this room,” she told the hundreds of QSC17 information security experts packing a ballroom at Las Vegas’ Bellagio Hotel.

Anyone Passionate About a Cause Should Be Concerned

Governments must be able to do surveillance of groups and individuals and collect sensitive information about them as part of valid criminal probes or national security investigations.

But when governments’ surveillance practices are out of control and aimed at intimidating and silencing political opponents, legal boundaries must be set, she said.

Throughout history in the U.S. and abroad, governments across the political spectrum have abused their power of surveillance when there’s been a legal gap that allows them to.

In present-day America, with its strident political divisiveness, unchecked surveillance practices should be of particular concern to anyone actively fighting for controversial policies, such as people in favor or against abortion, and in favor or against gun control.

“We all have a horse in this race,” she said. “We’re all activists now.”

Technology as an Enabler of Surveillance Abuse

At different points in recent decades, the U.S. has passed laws aimed at curbing arbitrary, discriminatory and retaliatory government surveillance. But modern technology has made it easy and inexpensive for the U.S government to do mass surveillance on Americans and foreigners.

Granick calls our present time “a golden age for surveillance.”

“Modern technology has utterly changed what surveillance is about. It has taken the gathering and analysis of information and made it cheap and easy,” she said. “Surveillance is far more powerful than it has ever been, and the incentives to abuse it are growing.”

The Fourth Amendment to the U.S. Constitution protects citizens from “unreasonable searches and seizures,” and only allows searches of specific places, and of people or things to be seized, with a warrant issued by a judge after finding probable cause.

But, based on the most recent Supreme Court interpretations, it currently protects phone conversations and written letters, and leaves out personal information generated using email, social media services, biometric systems, smartphone location apps and the like.

Establishing these legal boundaries is key, she said, especially after the Edward Snowden revelations of widespread, bulk collection of U.S. citizens data, such as phone records, by the U.S. government’s NSA.

What Can Be Done

There are a number of ways in which people can help with surveillance reform, according to Granick. For example, businesses should make it a point to generate and keep only the personal data they absolutely need, and to encrypt it.

Businesses should also stand up and legally object against excessive government requests for personal data, as Google, Microsoft, Facebook, Twitter and others have done in recent years when they’ve felt governments are overreaching.

Citizens should contact the U.S. Congress with regards to gaps in legal protections against what they perceive as abusive and excessive government surveillance.

Granick specifically spoke against Section 702 of the U.S. Foreign Intelligence Surveillance Act (FISA), which is up for renewal at the end of this year. The ACLU and other groups maintain that Section 702 gives excessive, uncontrolled surveillance power to the U.S. government and that it should be reformed. Other groups support Section 702 as it stands right now, arguing that it’s necessary for preventing terrorist acts.

Wherever people stand in the political spectrum, Granick believes they should get involved with and support groups advocating for surveillance reform. “Whatever your political persuasion, whatever your beliefs, there are organizations that are in the surveillance fight, fighting for you,” she said.

Granick acknowledges that there are many things to worry about these days, and realizes that surveillance reform may not be at the top of everyone’s list of concerns. But, she said, it should be.

“Don’t we have bigger fish to fry? My answer to you is: No, we don’t, because surveillance is fundamental,” she said.

If the fear of abusive government surveillance discourages people from getting involved in political and social causes, progress stalls.

“Today’s technology means the government has more power than ever to spy on us and the law has fallen short of protecting us from this problem,” she said.

However, the opportunity is there to place controls on the government’s surveillance capabilities so that it serves its rightful purpose, without being abused for political reasons, she said.

“Join me. We can win this fight together. But in order to do that, we need you,” she said. “This effort is the way we’ll make sure that America is indeed the land of the free.”

After her keynote, Granick signed copies of her book American Spies: Modern Surveillance, Why You Should Care, and What To Do About It (Cambridge University Press) which won the Chicago-Kent College of Law’s Roy C. Palmer Civil Liberties Prize.