Apple just released a critical update for the Java implementation on Mac OS X, for both Lion and Snow Leopard. This update comes almost two months after the release of the corresponding Java version by Oracle, and only a couple of days after evidence surfaced that malware authors have been using an included Java flaw (CVE-2012-0507) to attack Mac computers.

Our recommendation: apply the update as quickly as possible.

In addition, Mac users and IT admins for Macs should review whether Java is actually needed for their usage. If not Java can be disabled through the Java Preferences program, just uncheck both 64-bit and 32-bit versions. 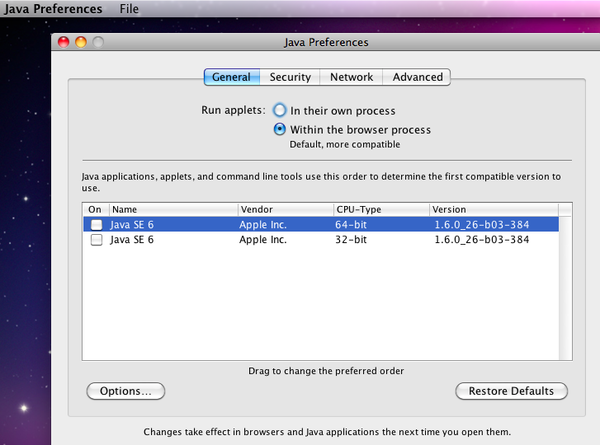 Alternatively you can use Google Chrome which has a dialog each time you use a site that uses Java plugins. With the right discipline this can be a very effective measure to avoid attacks.

Yesterday Mozilla included Java in its "blocklisting" approach for Firefox. "Blocklisting" forbids running outdated plug-ins, unless specific approval is given. Unfortunately, this is exclusive for Windows at the moment and is not available on the Mac yet.