LAS VEGAS – In an engaging keynote to close the 2013 Qualys Security Conference, technology journalist Steven Levy – author of the 1984 classic Hackers: Heroes of the Computer Revolution – shared his vision of what modern computing – and society – owes to hackers. 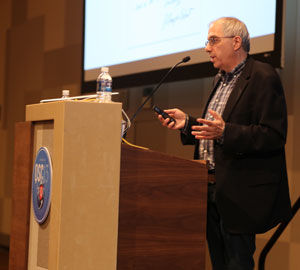 “In the three decades that I’ve been reporting about technology, I’ve found one subject that I keep coming back to again and again and again. One North star in all of the reporting. And that is hackers. I think that hackers are the key thinkers of our age,” Levy said. Levy acknowledged that the word “hacker” does come with unwelcome baggage today, and some of it deservedly so. But, “the spirit of hackers drive our technology, even today,” he said.

And he explained how his technology reporting has lead him to believe that the best in the technology industry have adopted from hackers the drive to strive to do the impossible. Levy cited Google’s efforts in such areas as space exploration, self-driving cars, and work to postpone aging as examples of hacker vision. “They [hackers] are telling us, all of us, that if you aren’t making use of this technological bonanza and make something new, you’re missing the great opportunity of our times,” he said.

He then challenged the room full of attendees to strive for the (seemingly) impossible when it came to making the advancements necessary to build securable technology and keep systems safe.

Levy also recalled how his initial reporting on hackers, for the book, revealed to him a much different culture than was portrayed by the near-universal stereotype. Hackers, in their first presentation for the general public, a Physiology Today article written by Philip Zimbardo, were debuted as anti-social nerds, losers, with unhealthy curiosities. Zimbardo said that a hacker’s "fascination with computer becomes an addiction, and with most addictions, the substance that gets abused is human relationships."

At the time of his assignment, Levy thought he would go to Stanford University in California and “talk to these weirdos,” and then write the story about these solitary outcasts.

What he actually found, when interviewing hackers, “blew away the stereotype,” he said.

“The people I met from academia, at Stanford, and the growing PC world were not anti-social nerds. They were explorers, adventurers. They were flushed with joy, really thrilled about what they were doing on the computer. I found so many amazing things by looking at the way they view the world. And they were a real joy because they felt they were empowering themselves by programming,” he said. 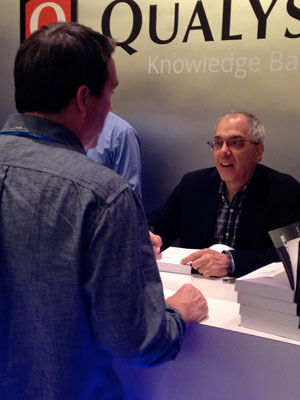 And from those humble, hacker beginnings, sprung the PC industry. At the time he wrote the book, he interviewed a programmer who hacked the very first word processor. Another student, who did his math homework on the computer, handed in his work to the professor, who flunked the student because “you can’t do this on a computer.” That application was a precursor to the modern spreadsheet. Levy also recalled how the first interactive computer game was a collaborative effort undertaken by hackers on a minicomputer donated to MIT from Digital Equipment Corporation.

Also, when the Defense Department sought to build what would become the Internet, “they turned to people with the hacker mentality to do it,” he said. “People realized that if they based the Internet on open principles, hacker principles, you would get something that would be more reliable and robust than forced cooperation. So the Internet itself is a hacker kind of creation,” he said.

“My point is that nearly all the things that masses of people do with computers today were things invented by hackers,” Levy said.

Obviously, with the considerable attacks upon organizations and websites over the past 20 years and the use of the term “hacking” within the media to describe many of those incidents, the term hacker now has negative connotations. “But as I present to you today, hackers are so much more than that,” he said.

And the word hacker is experiencing a kind of renaissance in Silicon Valley, thanks in part to the hacker spirit being summoned for creative efforts at organizations such as Google and Facebook. One Facebook example Levy used included Mark Zuckerberg’s letter to shareholders, which stated that “he runs his company by what he calls the hacker way.”

And that vision, drive, and even those hacker ideals are all things those working within the security industry should heed, Levy said. “And I really believe, and that goes for everyone in this room, in this field,” he said. “We live in this unbelievable unique time where technological advances make impossible things, actually possible. Which may be the biggest lesson of all from the hackers,” he said.