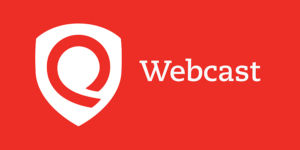 DevOps teams can’t get enough of containers — and for good reason. Faster and more efficient application development and deployment, as well as increased application portability, are some container technology benefits, which in turn help drive digital transformation efforts.

Container-based applications can be smaller, often focused on one or a few capabilities, and be more easily distributed across an IT environment. That’s why containers have facilitated the popularity of microservices, a type of architecture in which applications are structured as independent, small, modular services.

However, containers create their own set of security and compliance issues. These challenges include the use of un-validated software pulled from public repositories, which often contains unpatched vulnerabilities, and the deployment of containers with weak configurations. In addition, containers communicate directly with each other via exposed network ports in a way that bypasses host controls, and they’re hard to track because they’re so ephemeral.

This Thursday, Qualys will host a webcast, “Building Security into the 3 Phases of Container Deployment,” led by Hari Srinivasan, Director of Product Management, who’s our resident expert on container security.

In this webcast, Srinivasan will outline security use cases for containers at the build, registry, and runtime stages of DevOps pipelines. He will also explain the importance of having visibility into container assets, and of the need for container-native vulnerability analysis. Srinivasan will also address strategies to detect and address drifting runtimes.

Register for Thursday’s webcast, which begins at 10 am PT / 1 pm ET.