Everything until now is pretty simple and it looks easy to exploit this vulnerability. However, the really challenge here is finding a user mode function that will call the vulnerable function. It turns out this isn’t very straightforward, and we will need to understand the Windows GUI subsystem. 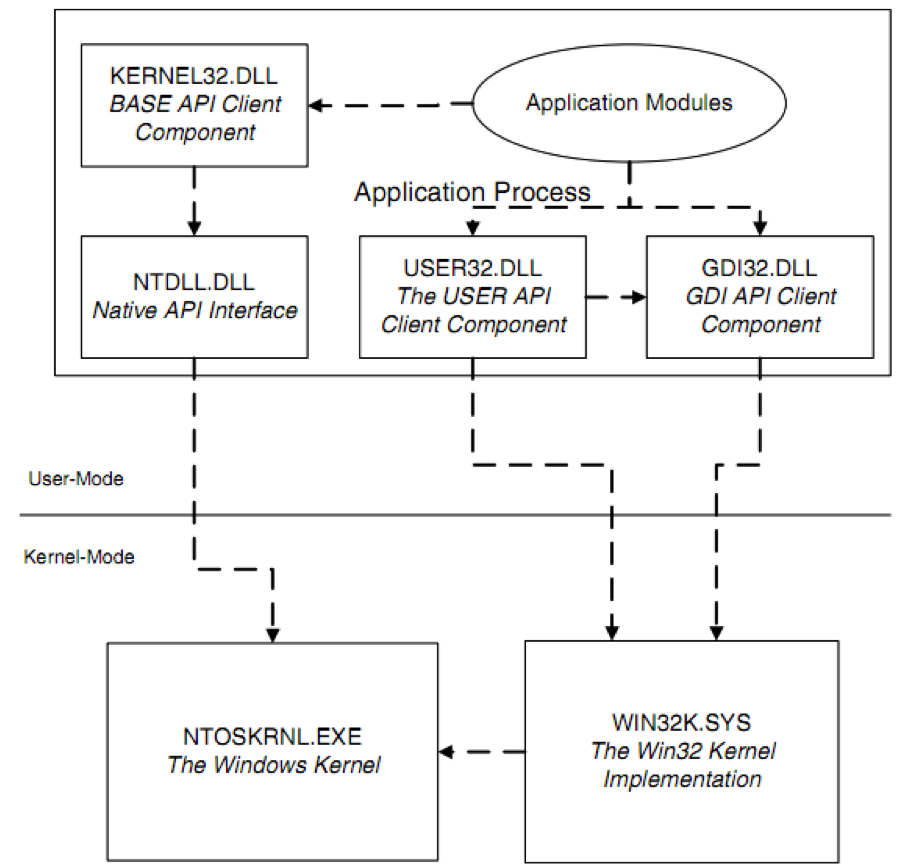 Figure 3: Win32 interfaces and their relation to the kernel components

The GDI (Graphics Device Interface) APIs are implemented in the GDI32.DLL and include all the low-level graphics services such as drawing lines, displaying BMPs etc. The GDI APIs make system calls into the WIN32k.sys to implement most APIs. The User APIs are implemented in USER32.DLL module and include all higher-level GUI-related services such as window management, menus, dialog boxes, user controls etc. USER heavily relies on GDI to do its work.

One of the most important means of communication in Windows is Messages. Windows-based applications are event-driven and act upon messages sent to them. The way you program in Windows is by responding to events. These events are called Messages. Messages can signal many events, caused by the user, the operating system, or another program. Each window, owned by a thread, has a window procedure (function) for processing input messages and dispatching them to the operating system. If a thread accesses any of the user interface or GDI system calls (handled by win32k.sys), the kernel creates a THREADINFO structure which holds three message queues used to process input. These are the input queue, the post queue, and the send queue. The input queue is primarily used for mouse and keyboard messages, while the send and post queues are used for synchronous (send) and asynchronous (post) window messages respectively.

Asynchronous messages are used in one-way communication between window threads and are typically used to notify a window to perform a specific task. Asynchronous messages are handled by the PostMessage APIs and are sent to the post queue of the receiving thread. The sender does not wait for the processing to complete in the receiving thread and thus returns immediately.

Synchronous messages differ from asynchronous messages as the sender typically waits for a response to be provided or a timeout to occur before continuing execution. Thus, they require mechanisms to ensure that the threads are properly synchronized and in the expected state. Synchronous messages use the SendMessage APIs which in turn directs execution to the NtUserMessageCall system call in win32k.sys.

This information is enough for us to take our analysis further.

As described above, the message mechanism plays an integral role in the user interface component of the Windows operating system.  There are many different types of message codes and those less than 0x400 are reserved by operating system. Depending upon the type of message code, NtUserMessageCall() calls a particular function to handle the message. Let’s take a closer look at how NtUserMessageCall, calls the appropriate functions to handle different message types.

As seen in the above figure, the function first checks if the Msg code is less than 0x400(EAX has the Msg code) to check if it’s a system message code. Each Message code denotes an index in the win32k!MessageTable byte array. This byte value is than logically AND to 0x3F, since the last 6bits of the byte obtained from win32k!MessageTable determines the function that will handle the Message code.  _gapfnMessageCall is a function table that stores address of all the functions that can handle different messages. See Figures below to see how _gapfnMessageCall table looks.

Following is the pseudo code to compute Msg codes for hitting the vulnerable function:

Other Possible Msg codes for hitting vulnerable functions are:

As we’ve seen above, it is pretty easy to trigger this vulnerability. We would recommend our customers to scan their environment for QID 90746 and apply this security update as soon as possible.