Oracle just released an extremely important critical patch for Java. It fixes an impressive number of vulnerabilities, and it is recommended to install this update as fast as possible. You can read more about this here: http://laws.qualys.com/2013/02/oracle-releases-early-cpu-for.html

And here is the official page on the Oracle website: http://www.oracle.com/technetwork/topics/security/javacpufeb2013-1841061.html

A new QID “120832 – Oracle Java SE Critical Patch Update – February 2013” has been released and you can use QualysGuard VM to scan your network to find the systems that require the patch.

Here is a report that gives you a preview of the details of a report for this QID, including a list of known exploits that are available for some of the vulnerabilities that are fixed by this patch: 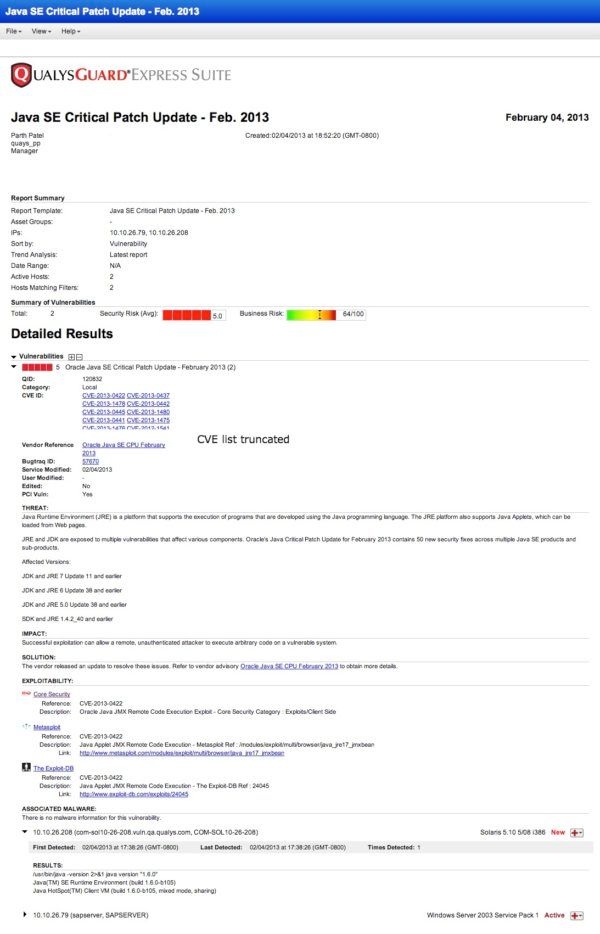