Slow HTTP attacks are denial-of-service (DoS) attacks in which the attacker sends HTTP requests in pieces slowly, one at a time to a Web server. If an HTTP request is not complete, or if the transfer rate is very low, the server keeps its resources busy waiting for the rest of the data. When the server’s concurrent connection pool reaches its maximum, this creates a DoS. Slow HTTP attacks are easy to execute because they require only minimal resources from the attacker.

In this article, I describe several simple steps to protect against slow HTTP attacks and to make the attacks more difficult to execute.

Previous articles in the series cover: 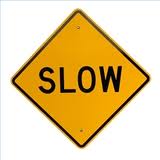 To protect your Web server against slow HTTP attacks, I recommend the following:

Applying the above steps to the HTTP servers tested in the previous article indicates the following server-specific settings:

A number of Apache modules are available to minimize the threat of slow HTTP attacks. For example, mod_reqtimeout’s RequestReadTimeout directive helps to control slow connections by setting timeout and minimum data rate for receiving requests.

I also recommend switching apache2 to experimental Event MPM mode where available.  This uses a dedicated thread to handle the listening sockets and all sockets that are in a Keep Alive state, which means incomplete connections use fewer resources while being polled.

The above are the simplest and most generic countermeasures to minimize the threat. Tuning the Web server configuration is effective to an extent, although there is always a tradeoff between limiting slow HTTP attacks and dropping legitimately slow requests. This means you can never prevent attacks simply using the above techniques.

However, today, it probably makes more sense to defend against specific tools rather than slow HTTP attacks in general. Tools have weaknesses that can be identified and and exploited when tailoring your protection. For example, slowhttptest doesn’t change the user-agent string once the test has begun, and it requests the same URL in every HTTP request. If a web server receives thousands of connections from the same IP with the same user-agent requesting the same resource within short period of time, it obviously hints that something is not legitimate. These kinds of patterns can be gleaned from the log files, therefore monitoring log files to detect the attack still remains the most effective countermeasure.